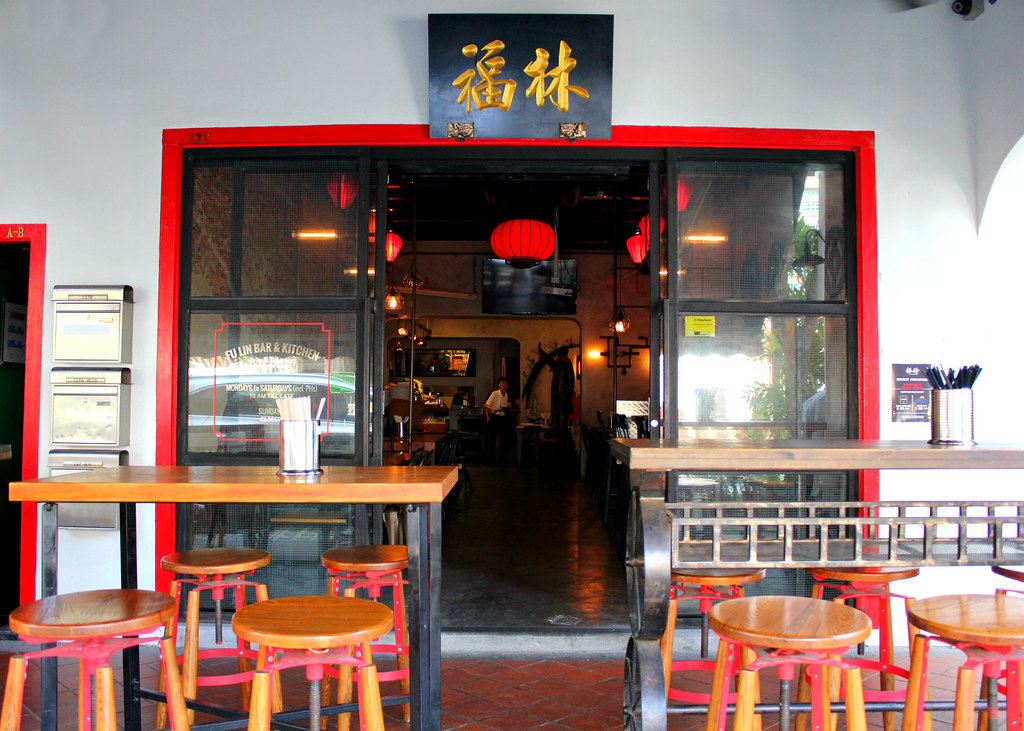 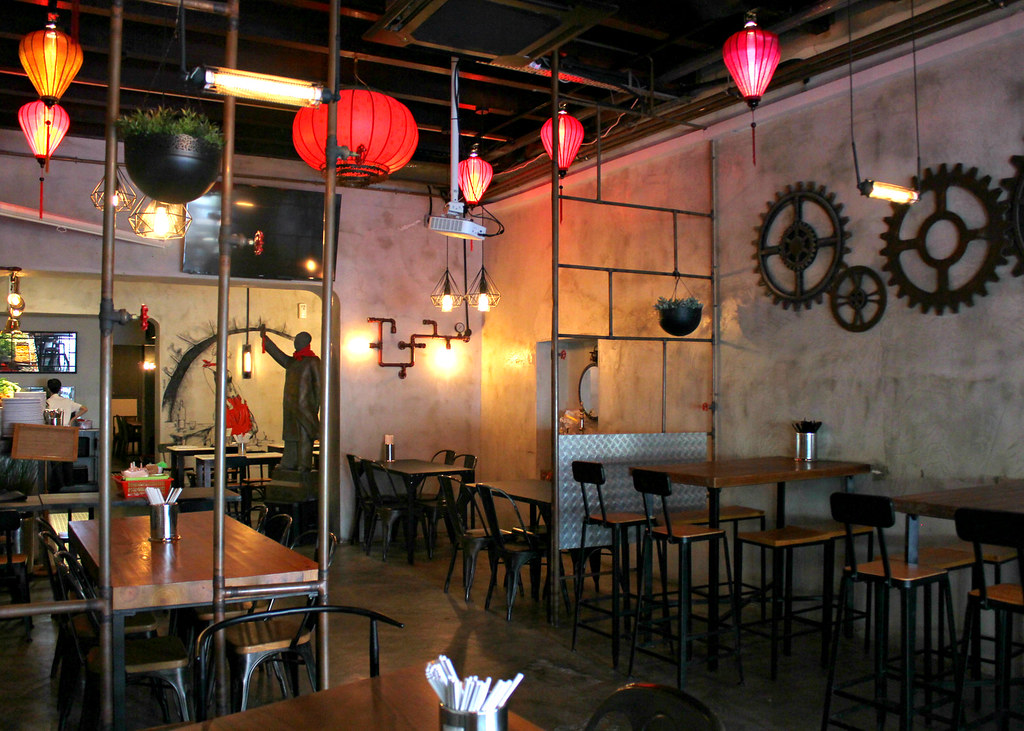 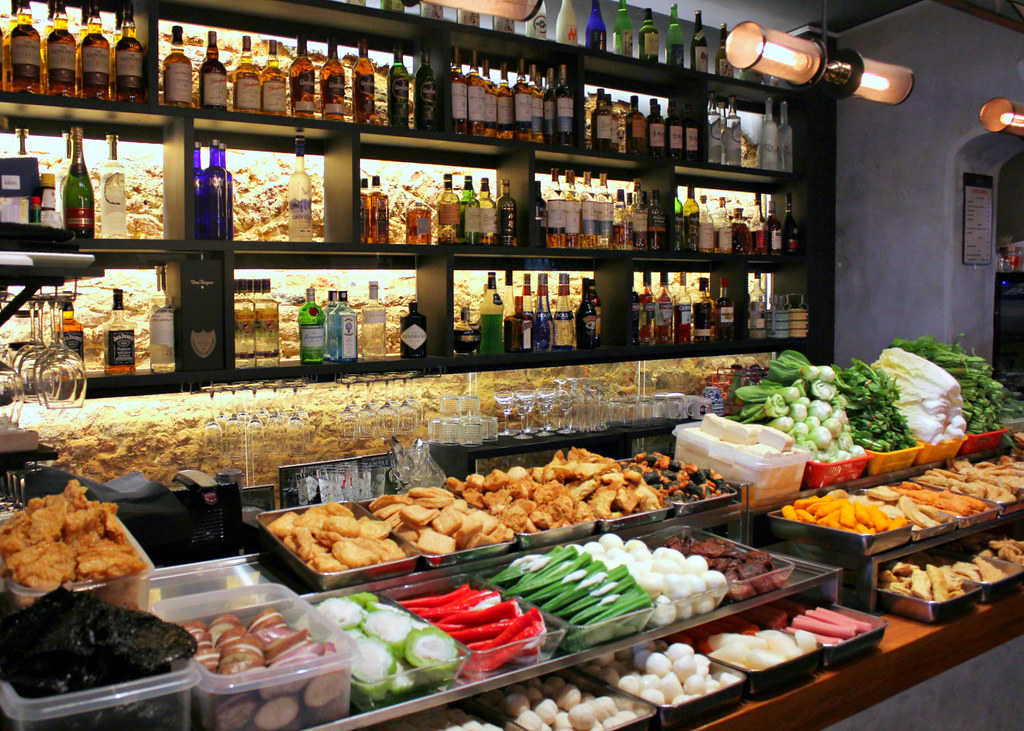 A few years ago, Fu Lin Yong Tofu, now known as Fu Lin Bar & Kitchen, revamped their concept and became one of the many hipster eateries along Telok Ayer Street. Between 10am to 3pm, the usual yong tau foo is served. After 3pm, the menu features Asian Fusion Tapas, along with house wines, sake and beer. The “bar counter” is their centrepiece in the day, displaying a wide variety of yong tau foo ingredients, with bottles of house wines, sake and beer as backdrop.

You have a choice of either the soup and dry version for yong tau foo. A 6-piece set with Fu Lin’s signature noodles cost $6+. The ‘+’ refers to GST, as well as, the additional top-up for more expensive items such as Prawn Roll and Cheese Sausage. Most of their items are deep fried, but you can request for them to be boiled instead. 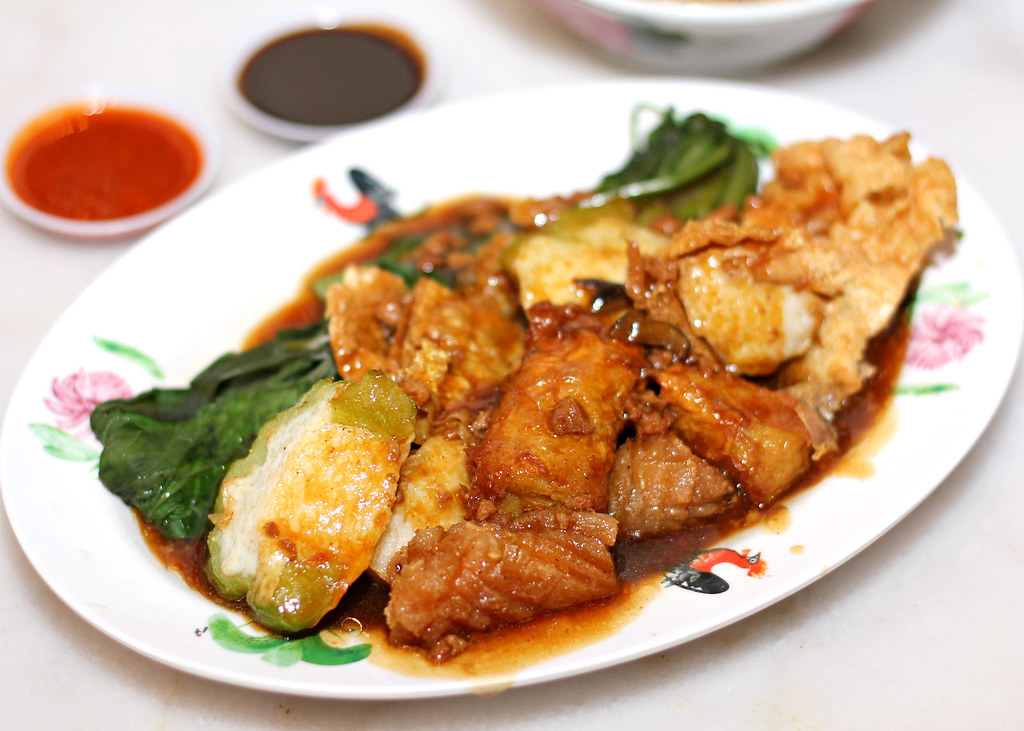 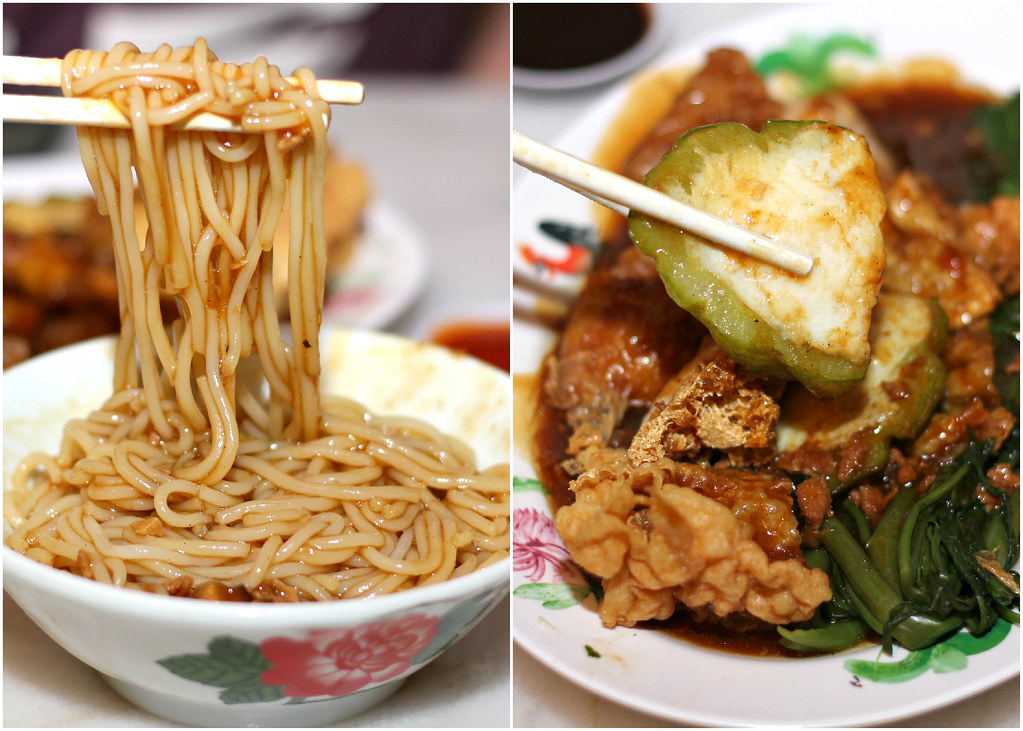 We had the dry version, where the items of our choice are generously drenched in a gooey brown minced chicken gravy – the chef’s secret recipe. The deep fried items managed to absorb the gravy very well, especially the deep fried bean curd skin. Each bite gives a burst of flavours. This is accompanied by Fu Lin’s signature noodles, thick bee hoon, in a starchy sauce. While some might find this a tad too salty, we liked the texture and strong flavours of the signature noodles. 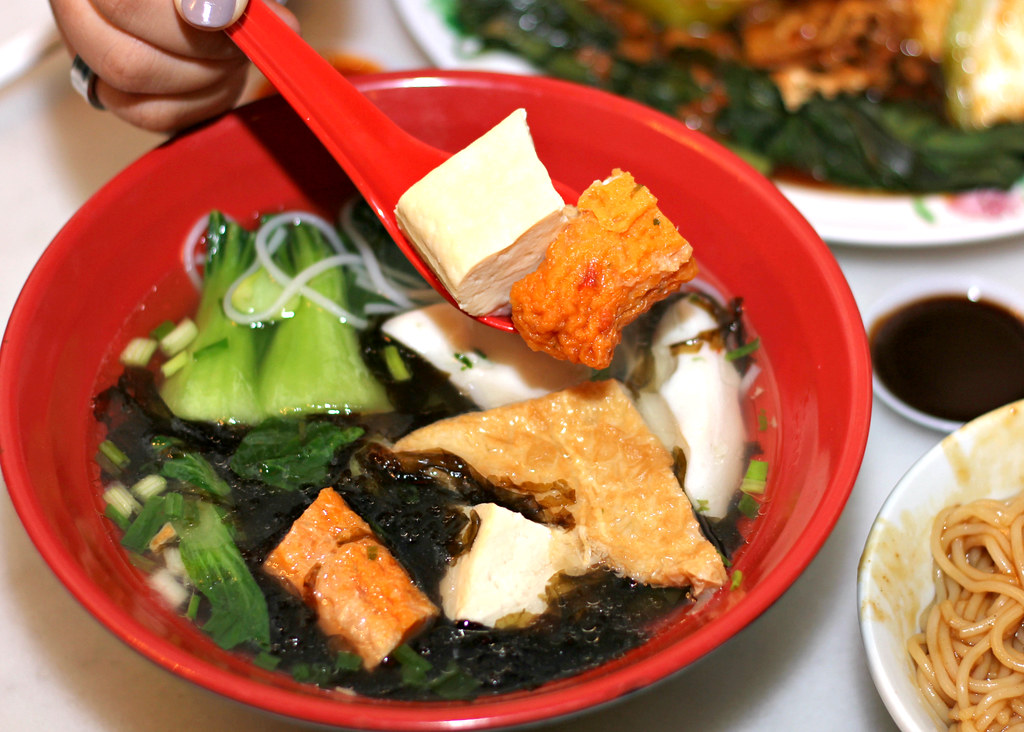 We also had the soup version, which was definitely too salty. It made us very thirsty after our meal. Thankfully, the tip-top freshness of their yong tau foo ingredients made up for it. Do dip the items of your choice into their sweet sauce. Obviously, the dry version fared better in our opinion. If we wanted a comforting bowl of yong tau foo soup, there are better ones elsewhere.

Fu Lin Bar & Kitchen is easily accessible for those working in the CBD during lunch hours, but we would only recommend the dry version, accompanied by their signature noodles. It’s also not a bad idea to knock back a couple of drinks and unwind with your colleagues or friends in the evening when the bar opens.

MissTamChiak.com made anonymous visit and paid its own meal at the stall featured here.

Let’s build a food community that helps to update the food news in Singapore! Simply comment below if there’s any changes or additional info to Fu Lin Bar & Kitchen. We will verify and update from our side. Thanks in advance!